The 5 Books I Was Recommended By A Friend.

The setting was great, amazing weather, and a great cold beer. I’m meeting with a friend of mine, a very proactive, ambitious, and humble guy. It’s been a while since the last time we catch up.

We start talking, randomly jump from one topic to another, simply sharing project ideas without a concrete destination, our minds engage in providing feedback, and see how we can support each other get further.

As beers make their way through, he suddenly begins to share with me his biggest influences, those that allow him to overcome the obstacles in his mind.

He was sharing with me his personal list of must-read books. Those books that had had a big impact on the way he saw life. The ones that hold an important shelf place in his library. They are as follows:

5) The leader who had no title by Robert Sharma

I’m sure that one way or another you have heard of at least 2 of these titles. It just takes a simple google search to find these books in blog posts lists across the whole internet.

As he mentioned these books, I asked him why did they have such a big influence in his life? As he answered, I realized one thing.

There has to be a very strong connection between the time in which you are in your life and the book that you read. And that match just happens by luck I believe.

Just like certain blog posts go viral months after they have been written, books have the same conditions as you. They can go viral in your mind but, only when you read them when you are ready for them.

Here are his top 5 books and what I got to say about them.

5) Has been recommended to me a couple of times already. Sharma uses a simple, everyday story of a man who worked in the library shop to showcase how we tend to put leadership up on a pedestal when in reality it’s more of an everyday habit.

4) More important than IQ, Goleman explains to us how Emotional Intelligence is actually more relevant when it comes to measuring the intelligence of a person because it showcases the individual’s ability to manage relationships, struggle, and its own development.

3) Has become the book that I’ve recommended the most. I love the way Steven Covey creates a framework for personal development that is easy to implement. Focusing on the internal growth to later scale it through collaboration with others.

Each chapter is a different habit and he groups them between internal and with others. Each has shaped the way I see life by allowing me to lead myself proactive and create my own success, rather than depend and react to the environment in which I engage.

2) Holocaust survivor, Jewish, Viennese psychiatrist Viktor Frankl shares with us how through a combination of attitude and luck he was able to make it alive from the almost 4 years that he spent in concentration camps throughout Europe.

During his time in the camps, he came to the conclusion that “perhaps his captors had the liberty to do whatever they wanted, but he had the freedom of deciding how he wants to think” and this allowed him, therefore, to choose the way he wanted to react to his environment.

1) Published during the Great Depression of the 1930s in the USA. Napoleon Hill, based on his close friendships with business magnates of the time, he identified 13 principles that showcased the attitude that they all had in common towards life and business.

To get more resources on how to improve yourself, make sure to subscribe to the newsletter below.

If you know of somebody who may benefit from this post, do them and me a favor by sharing it with them.

Before you go, I want to hear your thoughts on these books. Have you read them? or do you have a book that has impacted you in any way? Share in the comment section below, I want to hear what you go to say!

About Skills Of Life 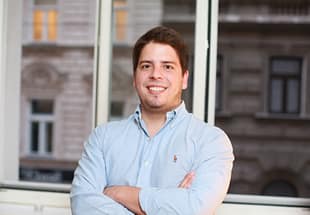 Hi I'm Juan, and since 2016 I've been looking for ways on how to make a living doing something you love.

This is my personal blog, where I share the lessons from the journey so you can do it too! 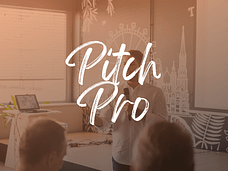 Learn More
Manage Cookie Consent
To provide the best experiences, we use technologies like cookies to store and/or access device information. Consenting to these technologies will allow us to process data such as browsing behavior or unique IDs on this site. Not consenting or withdrawing consent, may adversely affect certain features and functions.
Manage options Manage services Manage vendors Read more about these purposes
View preferences
{title} {title} {title}