The Simple Word With The Power To Change Everything

This simple word is so common you probably used it today. It’s even ranked in the top 25 of the most often used words in English and yet, its impact goes unnoticed.

So what makes this word so important? It’s all in its ability to take away the value of the sentence(s) preceding it. This means that if you don’t use it properly, it can have a negative effect on the message you are trying to communicate.

Stop sabotaging yourself and let’s see how you can improve your communication skills and build stronger connections with others by implementing this quick and easy tip.

It was in Susan Scott’s book called Fierce Conversations where I discovered. In it, she mentions how we need to start changing the word “but” by the word “and.” She explains that by using “but,” we are actually having a negative effect on our conversations.

What A Powerful Word.

Let’s take a look at what this means.

Imagine it’s your birthday, you are super excited and want to celebrate it big. Unfortunately, one of your closest friends can’t make it and tells you.

You will probably say, “Ok I understand” but, in reality, most probably you don’t feel fully satisfied with his excuse and here is why.

Scott explains that by using the word “but” after “I really want to go,” it makes the message lose all its value. Why? Because it makes it seem as if your friend really didn’t try hard enough to be at your birthday party.

What if he would have said this instead:

“I really want to and I can’t because I have to work. I’m sorry.”

Now it seems as if he really exhausted all the possibilities that could get him out of work and into your party. This makes you feel better and more understanding towards him and it’s all because he is building on top of the first sentence rather than throwing it away.

All by simply swapping this powerful word.

So no more buts?

No, this doesn’t mean that you will never use the word “but” again. On the contrary, now that you are aware of the effect that it has on your message, you can start using to reinforce your point.

For example, in the case of saying something negative, you could place it afterward in order to take importance away from the negative message. For example:

“I don’t think you are a fast runner but, it’s ok because you can jump very high.”

As random as that may sound, you get the point. By placing “but” after the initial negative sentence, it takes away its strength making it seem not so bad after all.

Be careful though with this approach. I recommend you to use when you don’t have any other way of saying what you want to say.

If not, scratch it and start your sentence again by focusing on something positive from the beginning like:

Ok, maybe it isn’t, I don’t know. I actually couldn’t find any data to prove this point BUT, how about this? If you speak another language than English, use the birthday example from above and try saying both versions to see if the impact changes.

The chances are that it does. At least, I can tell you that both in Spanish and in German, it does make sense to make the change. By doing so, just like in English, the excuse turns into a valid reason for not attending.

It just feels more realistic and it becomes easier to accept.

“That’s great but, how can I actually make the change?” You may wonder.. By the way, see how the “but” in this case makes the first sentence mean “I don’t care.”

The easiest way to make the change is to listen. Just pay attention to the “buts” of others (the word obviously). So next time you engage in a conversation, see how the other person uses them? How do they make you feel? And, how would it be if they would have used the word “and” instead?

Once you get a good overview of how people use them, it will be it easier for you to start swapping the words properly according to the situation.

The whole trick is actually on the way you build the first sentence because this will define whether you have to use a “but” or an “and.”

If there is somebody you know who may benefit from reading this post, feel free to go ahead and share it with them.

What I would like to ask you now, is to try out the exercise for the next couple of days and share your thoughts, in the comment section below, on how do others use “but” and how does it make you feel.

Enter your name and email to get weekly content on growing your business straight to your inbox.

Is Your Business Growing Too Fast? How To Know And What To Do About It

Is Your Business Growing Too Fast? How To Know And What To Do About It

Why To Be A Successful Entrepreneur You Need To Be A Journalist First
Manage Cookie Consent
To provide the best experiences, we use technologies like cookies to store and/or access device information. Consenting to these technologies will allow us to process data such as browsing behavior or unique IDs on this site. Not consenting or withdrawing consent, may adversely affect certain features and functions.
Manage options Manage services Manage vendors Read more about these purposes
View preferences
{title} {title} {title} 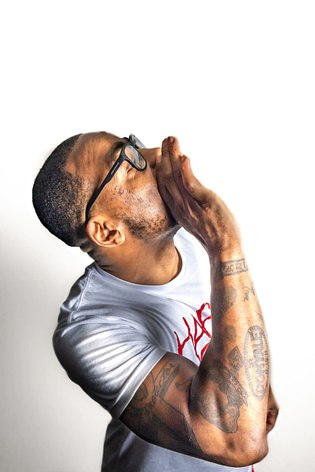 We are launching soon! Get notified when it happens...